8% increase in turnover than previous year

Blum proves its leadership in the world of kitchen accessories and cupboards.

Innovative products, international market presence, consistent investments worldwide and highly flexible employees are the factors that have once more helped the Blum group to a revenue increase in the financial year 2016/2017. The family enterprise reports an increase of 8 % compared to the previous year.

With a revenue increase of 8 % to 1,788.08 million euro, fittings manufacturer Blum reports a successful conclusion to the financial year of 2016/2017, which ended on 30 June. Innovative products, international market presence, consistent investments in R&D and highly qualified staff mean that the family enterprise headquartered in Höchst (Austria) can celebrate a revenue increase that is worth its name. 48% of the company turnover was generated within the EU, 16% in the US. Blum supplies 120 markets all over the world, making it one of Austria’s largest export companies. In June 2017, the company won the prestigious Austrian export prize, the “Global Player Award”, in recognition of its outstanding performance in exports.

Employees as the basis of success

“The high level of motivation of our worldwide team and the excellent cooperation of all de-partments and organisations within our group are an essential building block of our success”, says CEO Gerhard E. Blum, summing up the fundamental importance that Blum attaches to its employees. During the past financial year, 7,140 persons on average worked for the fitting manufacturer, an increase of 291 persons compared to the previous year. On 1 September, 94 new apprentices will start their technical training at Blum Austria, 15 of them girls. This corre-sponds to a 16% increase of the number of female apprentices compared to the previous year. In total, Blum has been training 342 apprentices within the group since last autumn, 16 of whom work at Blum USA. 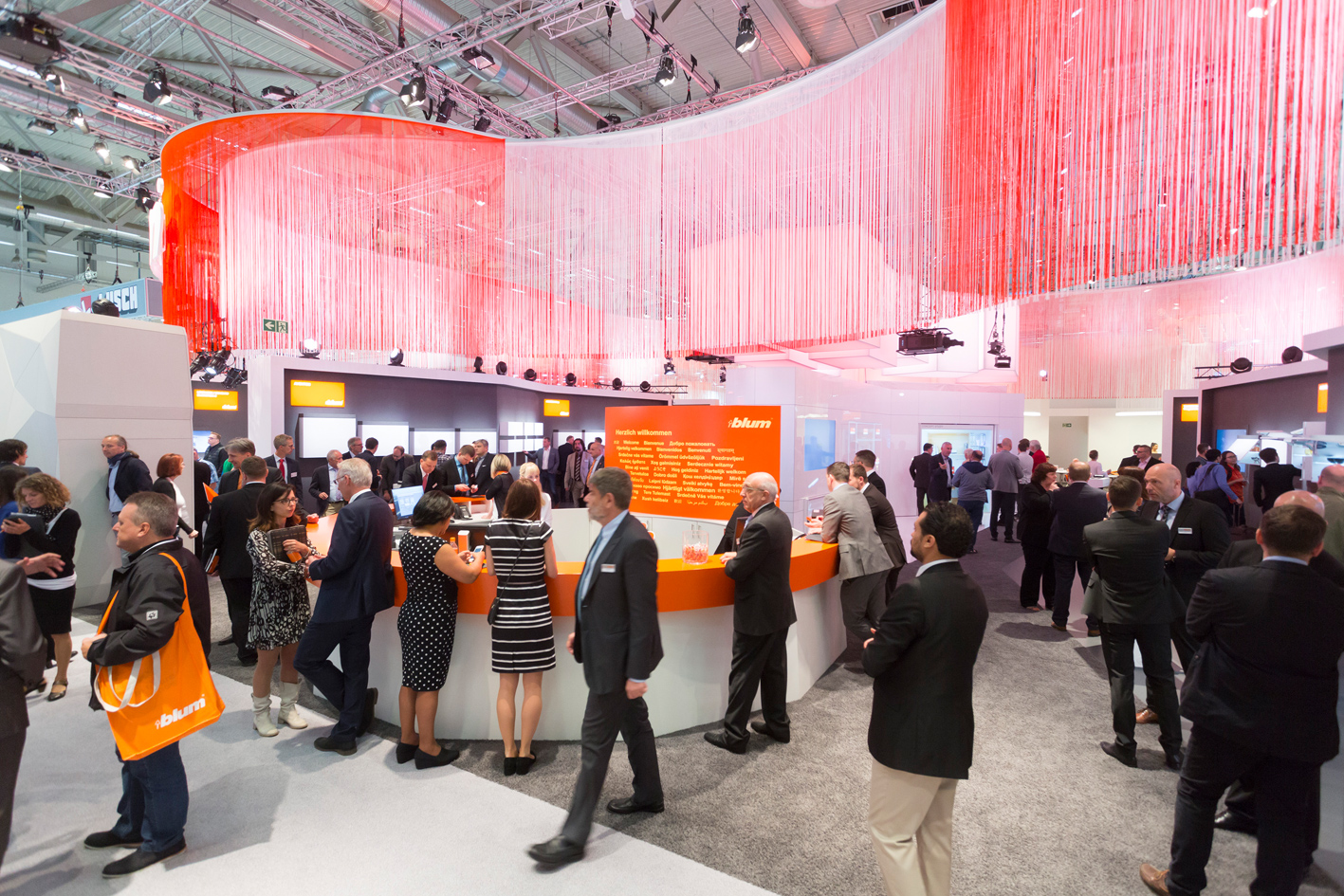 Growth rates in all market regions

During the past financial year, the fittings manufacturer based in Vorarlberg has seen growth rates across all market regions. For instance, most markets in Western Europe reported an increase in sales. The only exception was Great Britain, where the falling pound caused a loss of revenue. Eastern Europe, however, continued to thrive, with growth figures also reported for Russia and Turkey. The fittings specialist also achieved excellent results for North American and the Asia-Pacific region. Throughout the financial year of 2016/2017, material prices re-mained a challenge. Steel prices soared towards late 2016, followed by zinc, packaging materi-als and other listed commodities.

Investments during the financial year 2016/2017

Total investments of the Blum group in the financial year 2016/2017 amounted to 174.62 million euro. In Vorarlberg, two construction phases of plant 4 in Bregenz were completed. Construc-tion work on the future plant 8 in Dornbirn, the new Blum stamping centre, is in full swing. With 66 million euro, this project constitutes the largest single investment in the company’s history. The first production hall is scheduled to be operational by mid-2018; the second construction phase should be completed by summer 2019. Plant 2 in Höchst will also include a new adminis-trative building, with employees set to move in by the end of 2018. An important share of Blum investments goes into the expansion of international Blum marketing organisations. In Greece, the company has commenced operation of its new office and warehouse complex; in Australia, the expansion of the automated warehouse has been completed, and the new high-bay ware-house in Poland will be operational by the end of this year. Preservation of resources is a key priority for all Blum construction projects, for instance through low-impact structures with sev-eral storeys to save space.

An industrial enterprise committed to the environment

The careful handling of environmental resources has always been important to Blum. During the past financial year, the company succeeded in reducing its energy consumption by 31,412,000 kWh, the equivalent of approx. 5,150 tonnes of CO2. This is made possible through decade-long investments in environmentally friendly technologies, for instance a ventilation and pres-surised air system with waste heat recovery in the individual plants, the use of photovoltaic modules on the roofs and façades of buildings and many other initiatives. Together with other Austrian companies, Blum is also an active member in three environmental networks: the Klimaneutralitätsbündnis 2025, the Energy Efficiency Network and the “Wirtschaft Mobil” net-work. Eight electric cars are available to employees for local work-related journeys.